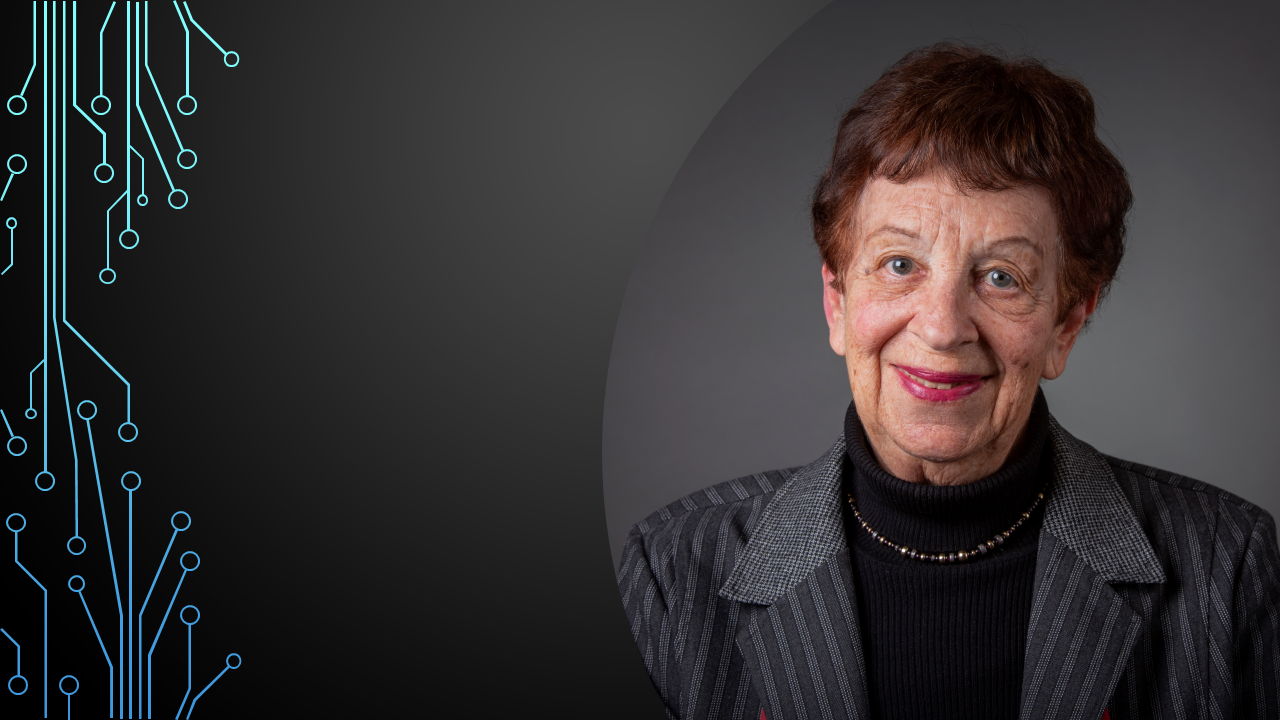 The phrase “not all heroes wear capes” springs to mind when speaking with BrainQ’s Chief Scientific Officer (CSO) and Co-founder, Prof. Esther Shohami. A world-renowned expert and pioneer in neurotrauma research, Esty utilizes her vast experience to direct the development and implementation of the company’s scientific and research operations.

But that’s just the tip of the iceberg. Beyond her work with the company, Esty, a Professor Emerita at the Hebrew University of Jerusalem (HU), has decades of experience in the field of neurotrauma with a focus on experimental traumatic brain injury (TBI), and a special emphasis on pharmacological intervention, pioneering ground-breaking research in the field of neuroscience and brain science technologies.

Esty’s fascination with the intersection between chemistry, biology, and medicine and their functions within disease was sparked during her master’s program in physical-organic chemistry. Intrigued by her work with artificial and biological membranes, the theme of her doctoral thesis at the HU medical school and her post-doc training at Mc-Gill University, Esty recalls that this was the pivotal time period that set the stage for her career path.

She later spent some time at Lund University in Sweden studying the use of animal models of ischemia (stroke). Once she started her own lab at the dept. of Pharmacology of the HU, she quickly switched from ischemia to TBI, and together with colleagues from the Dept. of Anaesthesia at Hadassah hospital developed a rodent model for TBI that truly mimics the clinical situation. A novel feat that allowed for many more scientific breakthroughs.

Esty’s focus on the brain’s machinery and ability to repair itself continued, and she was inspired by Prof. Mechoulam, the founder of the cannabis field, otherwise known as the "grandfather" of the field, to explore the body's own cannabinoid system (endocannabinoids) in the brain. Prof. Mechoulam happened to work two floors below her at the time and the two entered into a collaboration together.

At the beginning of her career, she was involved in many collaborations with students and researchers in the field of neurotrauma, investigating the endogenous mechanisms underlying TBI, both harmful and protective. Esty, along with her research partner, led the search for pharmacological interventions within these mechanisms of injury, to either inhibit the harmful or augment the protective pathways. Occasionally, they were involved in various drug testing for Pharmaceutical companies.

We sat down with Esty to hear about her fascinating career path, and discuss some of the most exciting breakthroughs in neuroscience research currently being developed.

1. Which role models have inspired you throughout your career?

My role model who inspired me to go into higher education was my mother, she completed her PhD in chemistry, in Berlin, during the 1920s. As I grew up, I became interested in pursuing the field of neurotrauma research in my own right.

I met my other role model, Dr. Maria Spatz, of the Neurological Diseases unit at the National Institute of Health, during a Neurotrauma Society event many years ago. As one of the only other women who attended these events during that time, we hit it off. Dr. Spatz is an extraordinary woman and researcher; she has always been a magnet for young researchers, she had students coming from all over the world to work in her lab which specializes in stroke.

2. What are some of the most significant advancements you’ve seen in the field of neuroscience over the past decade? Where do you think the industry is headed?

In today’s day and age, the notion that the brain cannot repair itself has been debunked. We now understand that there is plasticity in the brain and that interventions can allow for the brain to be repaired more than was initially thought. This is a major breakthrough that has opened the door to countless possibilities.

Each of these advancements sheds additional hope for patients who have suffered from neurological disease or trauma.

3. What would you say are some of the key highlights of your career so far?

In the 90’s it became evident that excess stimulation of brain receptors for the excitatory neurotransmitter glutamate (a chemical that nerve cells use to communicate with other cells) was a major cause of neuronal death after stroke and head injury. Several major stroke/TBI clinical trials blocked the NMDA receptor (a receptor that is activated by glutamate) in an attempt to prevent further injury. However, all of these trials failed to show efficacy and some were terminated due to adverse reactions.

We showed in an experimental mouse model of TBI that excess stimulation of the NMDA receptors after an injury is short-lived (less than 1 hour) and is followed by a profound and long-lasting loss of function. Further stimulation of NMDA receptors 1 or 2 days post injury led to better neurological outcomes and cognitive performance. In follow-up studies, we showed that activation at 1-3 days post injury of the NMDA receptor with D-cycloserine, (DCS), a drug which is used in the clinic as antibiotic, enhances motor and cognitive recovery in our TBI mouse model.

Scientifically, this was one of the most interesting studies I took part in, (PNAS 2004) *, which led to a paradigm shift, namely, activation rather than blocking the NMDA receptors, of course, at the appropriate, later time points. Unfortunately, we weren’t able to raise enough funding for a clinical trial in TBI patients with DCS. We do see, however, that our approach has been applied to other treatments over the years, mainly in psychiatry, where this drug is considered to be a "cognitive enhancer".

I would say that the second highlight of my career is my work in the endocannabinoid (eCB) system. Over the last three decades, since its discovery, our knowledge of eCB structure and functions has significantly expanded. eCB are widely disturbed in the central nervous system, play a role in neuronal communication and affect biological functions such as stress, inflammation and learning and memory, therefore we expected that eCB might be involved in TBI. Indeed, we were the first to report that following TBI, the levels of the major cannabinoid produced by the brain (2-arachidonoyl glycerol (2-AG)) are significantly increased within hours after injury. To explore the role of endocannabinoids in post-TBI mice we treated the injured mice with synthetic 2-AG and found reduced inflammation and greater recovery. Numerous studies were published following our pioneering paper (Nature, 2001) **, and the field of cannabinoids is now at the forefront of medical research worldwide.

4. What advice would you offer young neuro-researchers just entering the field?

Follow your passion, it’s all about the passion in order to power through and continue your research. This world is so fascinating, with vast research potential, yet to be unlocked.